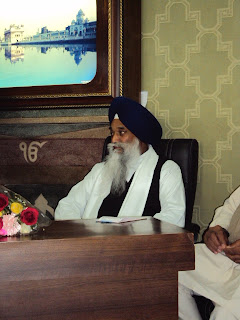 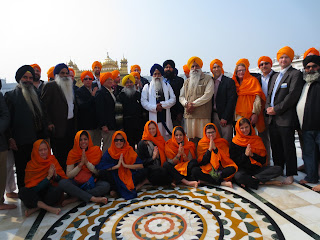 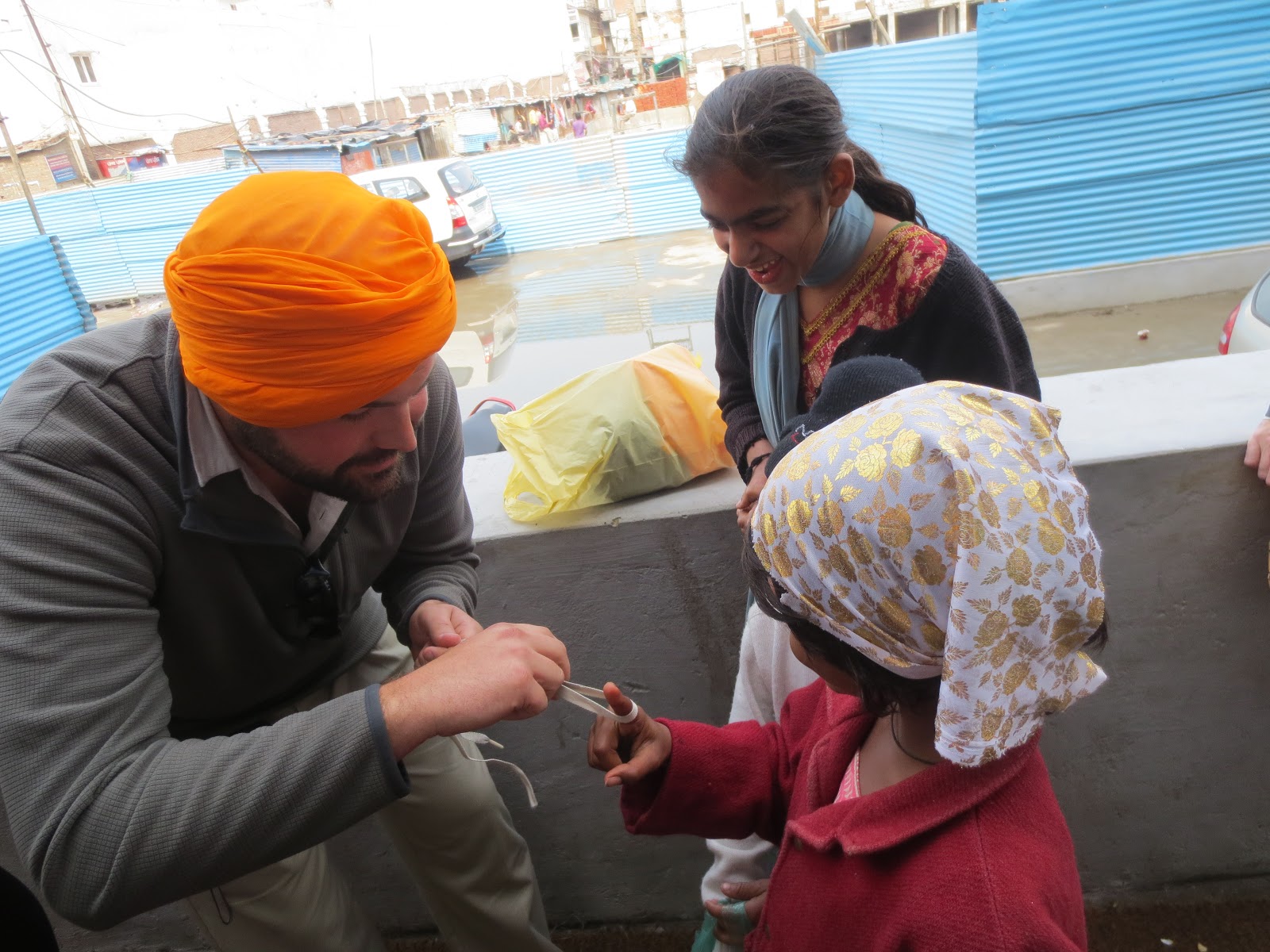 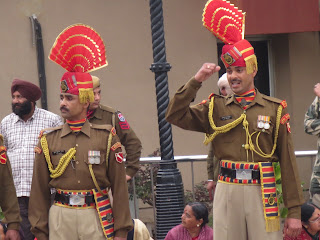 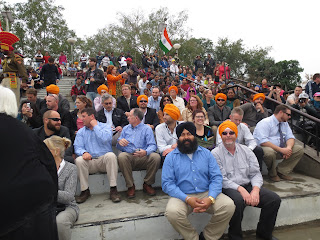 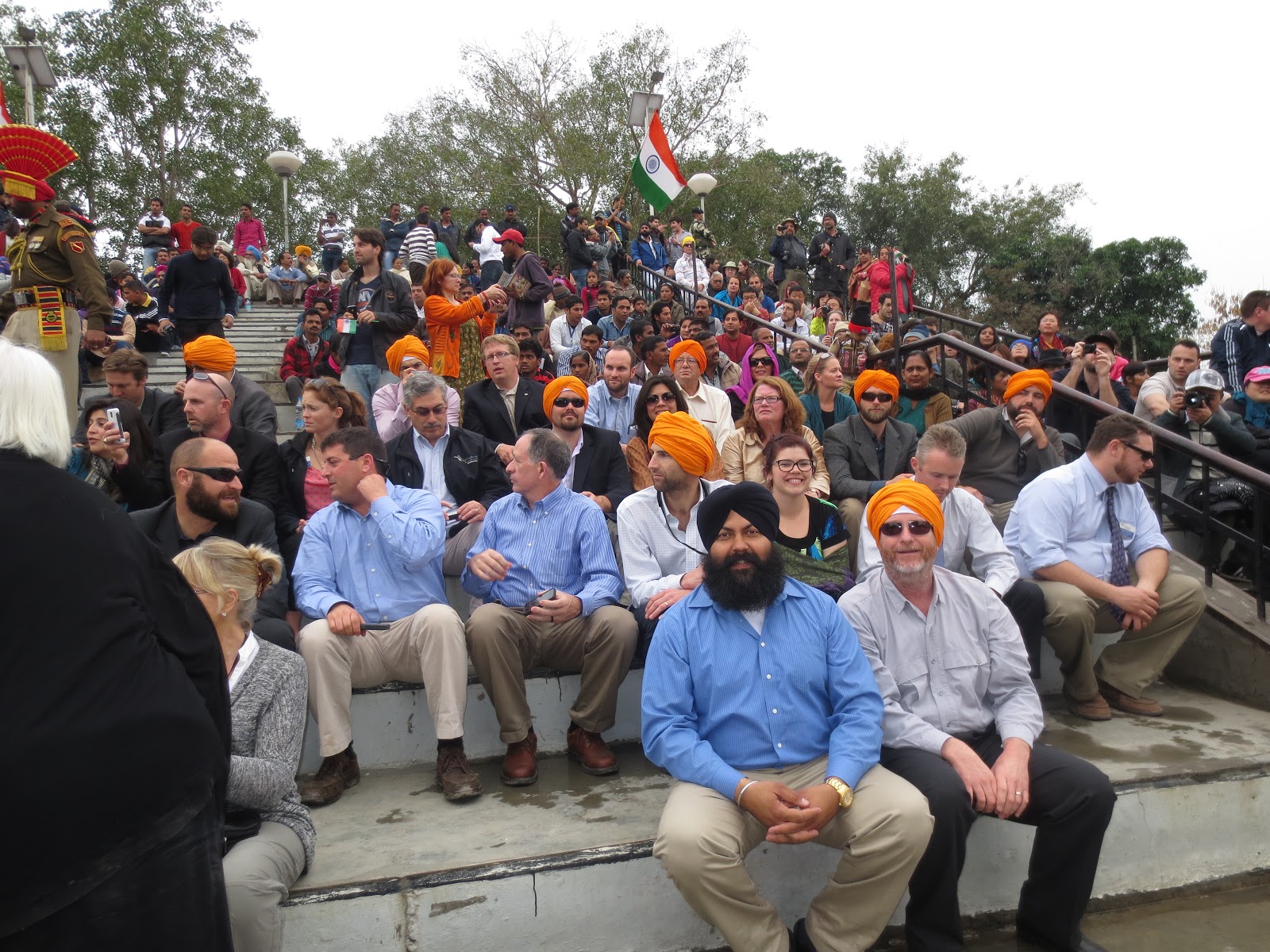 Day 7 February 23, 2013
February 23rd will go in the record books for Class 42.  Due to our honorary Class 42 member,  Karm Baines, we have had an extraordinary experience so far, and this day was no exception.  Our day started with a bus ride to Amritsar, one of the largest cities in the state of Punjab and the spiritual center for the Sikh religion. Once we reached the city we all took a horse and buggy ride to Sri Darbar Sahib, more widely known as "The Golden Temple," Sikhism's holiest place of worship.  At the Temple we were greeted by the Info Officer of the SGPC(Shiromani Gurdwara Parbandhak Committee), Jaswinder Singh Jassi, who provided us with an education including the history and functionality of this holy place. The Sikh religion is presided by 5 Gurus, the principle Guru or high priest resides at the Golden Temple.  It was a great honor to be received by the high priest of the Sikh faith, Singh Sahib Jathedar, who gave us all a traditional Sikh blessing.  We all received orange headdresses and the men in the group were wrapped in traditional turbans.  The local media was  invited to our visit to which the footage of our interviews were played back home in California on PTC, a punjabi satellite station, along with our picture in the loca l paper here in Punjab. A thorough tour of the temple grounds led us to the on-site community kitchen which feeds approximately 70,000 people a day.  The temple is open 24 hours a day and everyone is welcome. The community kitchen is all run by volunteers and we even got in a little on the action by rolling naan bread and then sharing a meal with the community. We were grateful for the leadership lessons given to us by leaders at the temple, for their humility and openness in sharing their holy place of worship was truly appreciated by the group. The temple was beautiful and a spiritual experience that we will all never forget.
Once we left the temple we all took motorized rickshaws through the streets of Amritsar back to the bus and headed to our next hotel to check in.  We then moved quickly over to our next destination, the Wagah border, the boundary that lies between Pakistan and India. We were spectators to the event known
as the changing of the guards, a combination of a high school football game and the changing of the guards at the Tomb of the Unknown soldier in Washington DC. As fans from both sides of the borders cheered for their respective guards, a nightly ceremony consists of decadently dressed soldiers going head to head with the opposing country simultaneously swaying arms moving in synchronicity, and unusually flamboyant, with their measured strides resembling a forceful power-walk. The event ends with the country's flag taken down and returned to the place where it is stored for the evening. The event was enjoyable and gave us a another chance to witness important tradition in India.
Posted by California Agricultural Leadership Program at 5:12 PM